[Pops out from behind wall]...hi. It's been an embarrassingly long time. Thank you for sticking around even though I appear to have died for the last few months that I've been settling into Taipei. ;_; 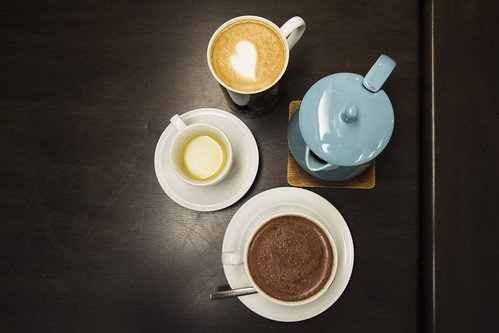 Last week I hit the "Feeling Demoralized Because I Can't Speak More Mandarin Despite Learning It For the Last Two Months" stage of being a beginner at MTC in Taipei. On one hand, it's only been two months. If I had actually reached a modicum of fluency after two months, you would have to assume that someone killed Real Robyn and for reasons unknown went through the trouble to replace her with Impossibly Lifelike and Smarter Robot Robyn (aka Boppy-Bot), because that's the only reasonable explanation. On the other hand, I go to class for three hours every weekday and study for three to four hours almost every day (...in theory), I'm immersed in a Mandarin-speaking environment, and I don't have a job. My main responsibilities are feeding myself, maintaining an acceptable level of hygiene, taking out the garbage, and not failing class. You know, my single class. So I probably should be better at speaking Mandarin by now. Excuse me...[gathers jug of gasoline, a bag of bricks, and twine]

JUUUUST KIDDDING I wasn't about to burn all my belongings or throw myself into the river to rid the world of my failure, hahaaa, never! I'll just hurl myself through the air.

...By biking. I do that now. Very minimally. Biking around Taipei helps clear my mind and give me respite from the subject of "HOW TO CHINESE???" I attribute biking's restorative powers of distraction to my ever-present fear that I'll collide with someone/something and spill a significant amount of blood, all while being hugged by a pleasantly cool breeze. So last Wednesday I made a lap around Da'an Park (you can't bike in the park, fffffuuu) before heading down to Picnic for a solitary study session.

The following night, I settled in at my favorite cafe, Cafe Kuroshio, for another solitary study night. I was still feeling a bit dumpy, even though I have no reason to feel dumpy, the realization of which only adds to the dumpy feelings. Remember, I have hardly any responsibilities—I just have to not die, pretty much. After two and a half hours of doing homework, the cafe's owner, Jing, comes by and places a dessert on my table.

"Here's a slice of chocolate caramel tart, it's new! I think you'll like it."

"Oh I know, this is because you're a hardworking girl."

[I'm probably not making a sound, but if I am it's something like, "Fffffwwwwwweeeeeeeeeeeee," which is the sound of an invisible string of lil' hearts squeezing forth from my throat.]

"There's no need for a utensil—this is best eaten by hand."

[At this point I hope I say, "Thank you!" like a normal person without looking too horrified by his surprising act of generosity, but I don't quite remember.]

You know what's better than eating a tart with a fork? Eating a tart by hand. A flaky-shelled tart holding up a thick layer of silky smooth chocolate ganache that tastes deceptively light even though it's something like 300% richness atop a thin ooze of caramel. I usually savor desserts at Kuroshio slowly to make them last throughout the night, but this time I kind of shoved it in my mouth, fueled by the disbelief of what just happened to me. Also, because it was delicious. I mean, I did savor it. Quickly.

Many, many, many thanks to Jing for his generosity (and delicious homemade desserts). A chocolate caramel tart infused with kindness is one of the best undumpifiers I've ever received, the memory of which will continue to ward off the dumps and remind me to be a nicer person.

Taipei and its residents has been treating me very well since I got here. My goal is to someday repay them without butchering their language. All I have to do is form complete, grammatically correct sentences in less time than it takes to boil a pot of water, speak faster than the speed of a slug crawling across a poorly maintained cobblestone road, and not fuck up every tone OH GOD IT'S HOPELESS [takes deep breathes, imagines chocolate caramel tart floating in front of computer] ok I'm all good now.