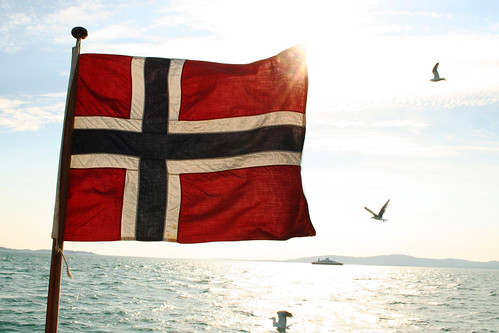 Norway, here I come! For the fifth time! A number of visits previously reserved only for cities possessing Disney theme parks or my grandparents, now expanded to include the city where my boyfriend lives.

I've been to Bergen so many times that, for better or worse, I've grown comfortable spending my vacations there as a useless heap of laziness. I've seen most of the tourist spots; I've hiked along Mount Ulriken, which I'm still surprised didn't result in me passing out or rolling down a rocky hill (or one then the other); I've been pushed closer to death than I'd prefer by eating hot dogs; I've witnessed the natural splendors of a fjord from a boat filled with more Asian tourists than I'd ever seen anywhere else in Norway; and eating out isn't a priority when my friends can provide me with such great home-cooked meals (also, I'm cheap and eating out is mostly expensive). Of course, I haven't done everything; there are some big gaps in my trips that I hope to fill someday, mainly, I have yet to experience the national pastime of skiing and I've never been to a local concert (the latter really irks me because a handful of my favorite musicians are from Bergen, but I'm never there when they're performing). But overall, my main reason for visiting Bergen is to see Kåre and hang out with our friends.

This time, Kåre and I are stepping off the lazy train for a few days by visiting Oslo from June 12 to 13. I've never been; Kåre has rarely been. Trying to figure out what to do in Oslo made me realize that my two main goals when I go on vacation are to eat a buttload of affordable tasty food and/or to look at cute stuff, neither of which Oslo is a hotspot for. But it felt weird to visit Norway so many times without visiting its largest city, so...it is time.

If anyone has suggestions for what Kåre and I should do or eat in Oslo, please let me know! My favorite Oslo guide I've come across so far is this one from Ask a Norwegian: helpful information laced with heaps of amusing disparagement. I also like this photo-filled guide from Everywhereist, which is plenty amusing in a different way.

I doubt I have any readers in Oslo, but if you live in Oslo and want to meet up for something, let me know! [cue tumbleweed rolling by]

I know you probably wouldn't have noticed me being out of the country for a week if I hadn't said anything, but I figured I'd mention it as an excuse for being even slower at writing blog posts or replying to emails than usual. :(

To end this post, I'm plopping in a bunch of photos I've taken during previous trips to Bergen but have never posted here. Because why not. 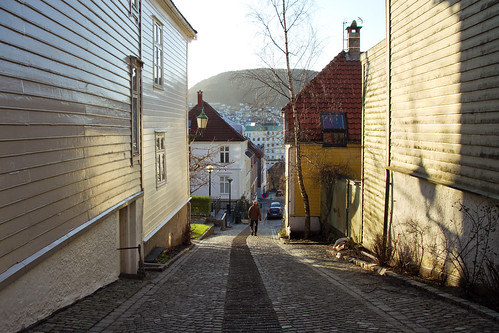 One of many charming streets in Bergen. 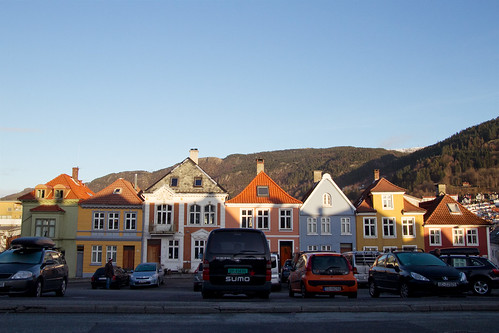 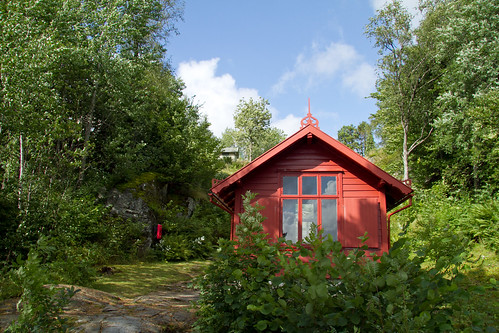 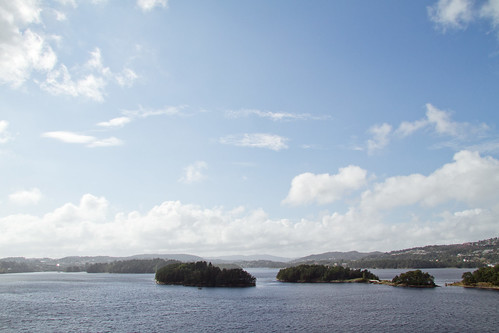 The view beyond the hut. Damn. 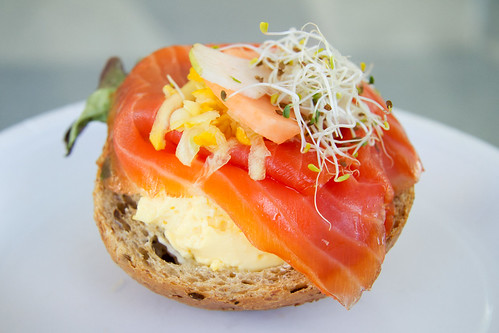 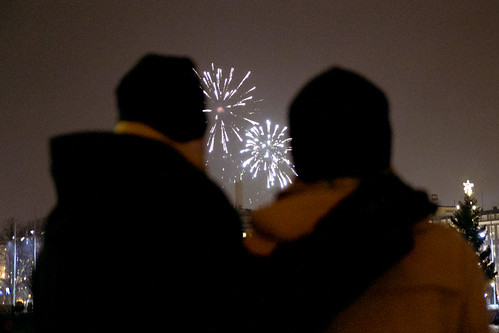 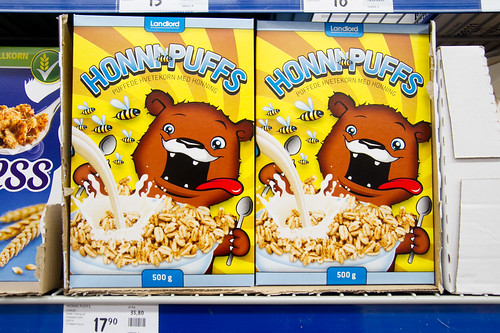 BEST CEREAL BOX ILLUSTRATION COS THAT BEAR IS INSANE. 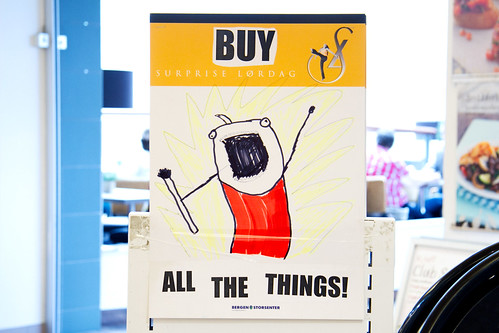 BEST SIGN IN A MALL COS HYPERBOLE AND A HALF IS THE BEST. 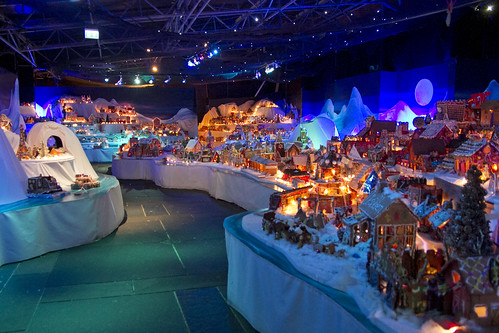 Gingerbread houses up the wazoo. 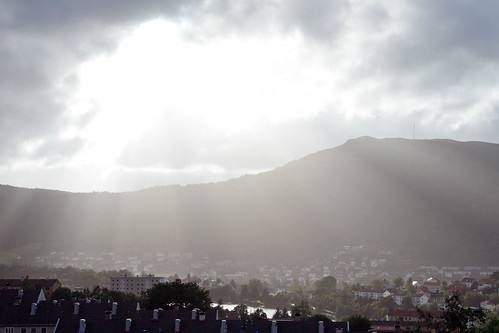 Bergen basking in some godly rays of light. 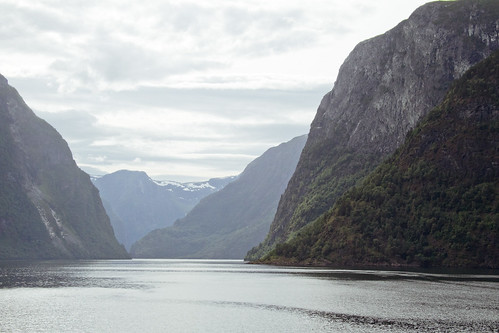 Fjord! Not in Bergen.

I'll be in Oslo, so I suppose I'll see you there!

Here's my favorite guide for eating out in Oslo:
http://www.nordicnibbler.com/p/where-to-eat-in-oslo.html

My own favorites (of the cheaper sort) are burgers at Illegal Burger and the great and cheap seafood (bacalao, shellfish platter(this isn't cheap, but it's contents dictate the price) or fish'n'chips) from Fiskeriet.

Other successful visits have been at Olympen (called Lompa locally), which was cheap for it's rather high quality and Smalhans. I also like Oro Bar og Grill, with their Bib Gourmand in Guide Michelin, and everybody tells me I have to go to Arakataka (while it's not expensive as such my budget haven't allowed it so far).

My spoon is too big!

Shoot, wish I'd seen this sooner, but I was in NYC and wasn't checking my RSS Feed. Oslo food: Pizza da Mimmo and Curry and Ketchup are both quite good. The latter is even affordable! There are some wonderful places that are quite pricey, Ekeberg Restaurant in particular. And at some point you should go to Solvold in Sandefjord which has been the home of two Bocuse d'Or honored chefs (I know, not Oslo, but close-ish).

Hope you found some good food. I love Oslo!

I recommend checking out the Nordic Nibbler, a blog that covers all the great spots to eat in Oslo. My BEST dining experience in Oslo, if you're looking to have one blow out meal, was at Palace Grill. Definitely call ahead and make a reservation since the dining room barely seats 20 people. Good luck on trying to find affordable dining options in Oslo!

Kathee, Jonah: Thanks for the recs, even if I'm just noticing em after getting back from Norway (oops)! I ended up not doing any super pricey meals in Norway; my nose was semi-stuffed for pretty much the whole trip and I couldn't taste very well. Fancy meals would've been wasted on me. Wah. Also, I'm cheap. (Of course, now that I'm back in NYC my nasal passages are much clearer. WTF, NORWAY?) Anyhoo. I did eat some tasty stuff in Oslo, despite the nose problem. Got fish and chips from Fiskeriet, seafood soup from Dr. Kneipp's, burger and fries from Illegal Burger, and carrot cake from Grunerløkka Bakeri.

That bear is totally insane but the fireworks shot is just nawwwwwwwww :)