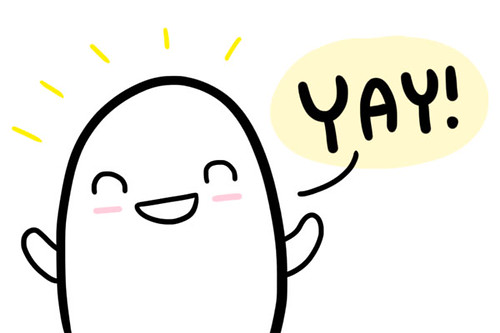 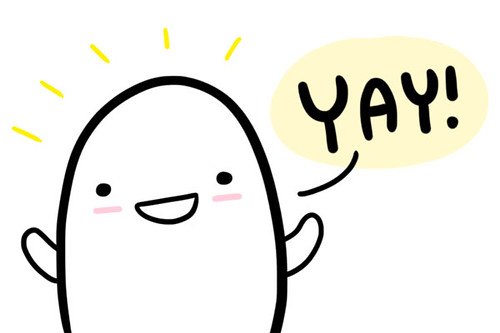 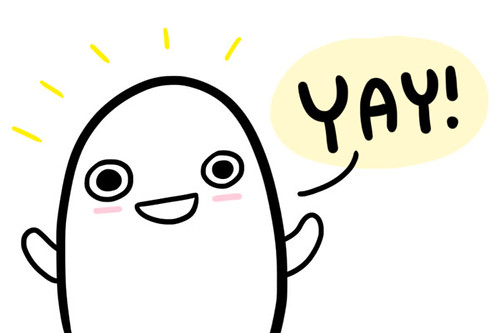 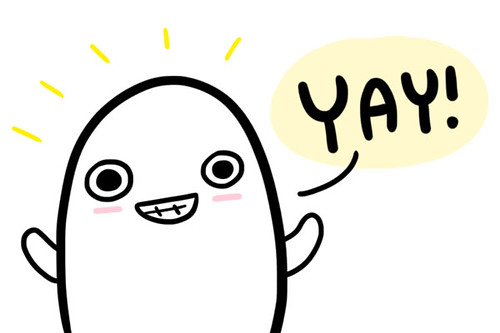 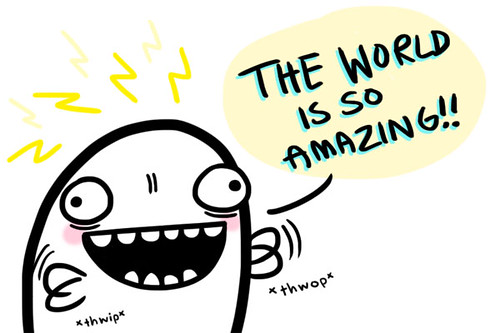 My usual response to trifle: "AHHRRRGHR AGRHHFGHF FF [cue dribble of drool] AHHH LLLAAAHHHVE YOUUUUUUU THE WORLD IS SO AMAZING!!!"

I might be slightly overplaying the trifle response and slightly underplaying the others, but it's something like that. If you're a fan of trifles, then surely you agree with my harmlessly insane reaction to the simple mashing-together of cake + pudding + cookies + whipped cream in various combinations, combinations that reach a greatness their individual components could only dream about reaching on their own, if they were capable of dreaming.

[Somewhere, a single tear rolls down the face of a chocolate chip cookie, sitting a moonlight-bathed window. ...Cue "Somewhere Out There."]

I'm not talking about traditional English trifles (not that there's anything wrong with 'em), but the trifle-inspired desserts at Sugar Sweet Sunshine, one of my most favorite dessert spots that I shamefully haven't blogged about since 2010. THE SHAME. IT CONSUMES ME.

Here's a belated "thank you so much for existing" post dedicated to some of my favorite desserts. 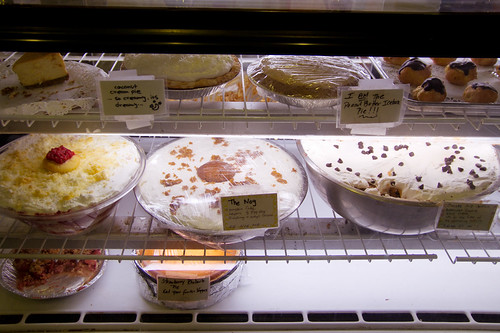 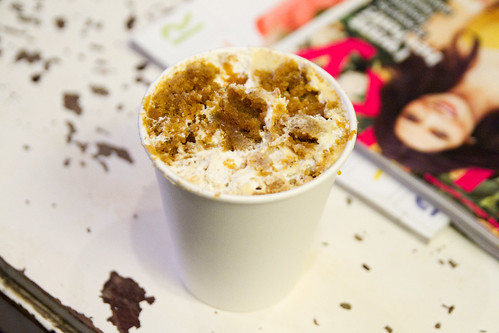 After nearly seven years of shooting trifled-derived sugar into my blood at Sugar Sweet Sunshine, my favorite is still The Nog: pumpkin cake, egg nog pudding, and whipped cream. Each spoonful tastes like autumn. Autumn in the form of moist cake nuggets bound together by sweet dairy-based goo. It ain't a looker once it's smushed into a cup, but few things-smushed-into-cups are.

...Erm, I mean, Nog in a cup, you are the most beautiful thing-smushed-into-a-cup I have ever seen. Yes. Now hush. [rocks Nog to sleep] 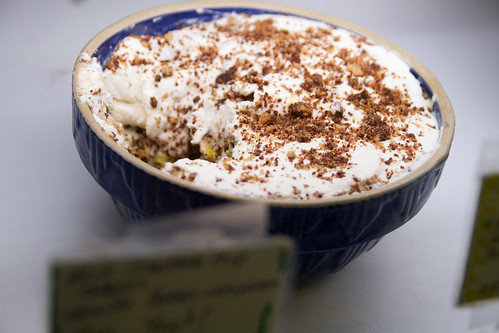 During one of my visits in May, I saw (and tried) for the first time the mint chocolate chip cookie trifle with vanilla pudding and whipped cream. Methinks I prefer a cake base over a cookie base due to cake's greater meldability with creamy things, but I still enjoy the cookie base because, you know, cookies are delicious. [triumphantly dusts off hands in celebration of a fully fleshed-out argument.] 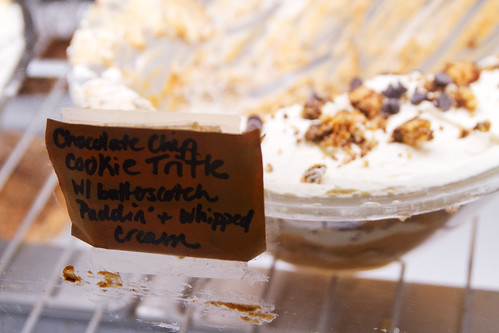 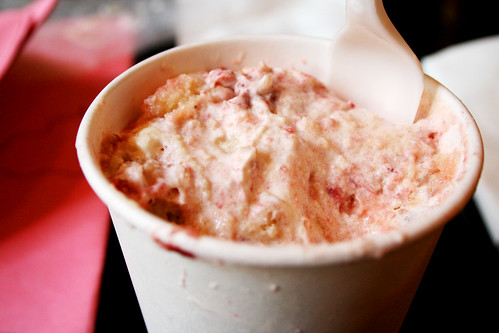 And the healthy-because-there's-fruit-in-it-by-the-way-I'm-not-a-nutritionist Strawberry Lemon Trifle made of lemon cake, strawberries, and whipped cream. This is what I get when I want a summery, slightly lighter punch of trifle. 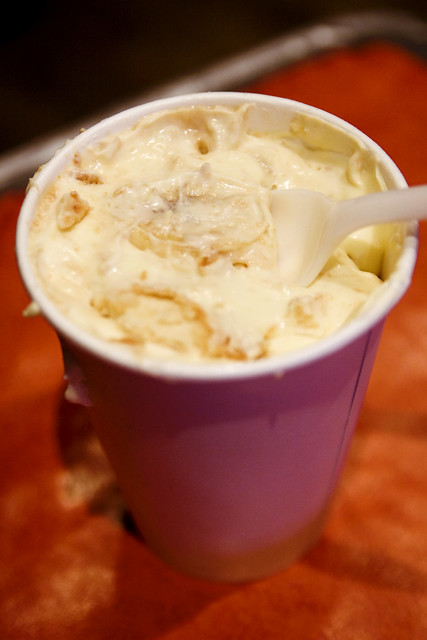 Can't forget about the traditional banana pudding made of vanilla pudding, banana slices, and Nilla wafers. I usually forgo banana pudding in favor of something more unique/THE NOG, but you can't go wrong with this.

Another mainstay is the Chocolate Bomb trifle made with chocolate cake, chocolate pudding, and maybe something else chocolate, but after trying it once, I never felt compelled to get it again, although it was perfectly fine. Of course, if you love chocolate, you should go for it.

According to Sugar Sweet Sunshine's website, banana pudding and Chocolate Bomb are available all the time, while the others may be rotating/seasonal flavors. Having visited Sugar Sweet Sunshine three days ago, I can tell you the other flavors besides the mint chocolate chip (a flavor I've only seen once) are still there, plus a new one!: Coffee Puddin' made of coffee cupcake, pudding, and whipped cream. I can't say much about it since I only tasted a sample before going for a cup of The Nog. Maybe next time I'll try more.

I usually get two flavors in a "small" 10-ounce cup—a cup that'll only set you back $4—and share it with a friend. (There's a smaller four-ounce "shot" size that's great for one person.) The happiness-to-dollar ratio of a cup of Sugar Sweet Sunshine trifle beats the pants off every other around-$4-dessert in my book. Especially when a scoop of ice cream at Chinatown Ice Cream Factory costs $3.99...[emits angry-camel sound].

LOL @ angry-camel sound - I'm using that video too as my standard operating upset-response from now on!

The Nog and the cookie one with butterscotch pudding both sound awesome! (AMAGAHHH BUTTERSCOTCH. Do like.) And the thought that when I was last in NYC I was staying a 1 minute walk from this place of divine happiness YET DID NOT KNOW IT EXISTED makes me all... [angry camel noise]. :(

I have been intending to get that banana pudding for at least a few years now.. looks soooo good.

I have no clue why I haven't stalked your blog in forever. But I might just have to binge on all the posts I've missed in one night. And then wake up in the morning and do something silly like eat trifles for breakfast.
You've brought back happy memories of Sugar Sweet Sunshine. Won't be long I'm sure before Dubai bastardizes the concept for itself and shoves a franchised outlet of SSS in a mall (allo Shake Shack and Magnolia. )
Which may not be a bad thing, I loved their lemon cupcakes when I lived in nyc.

Now to torment myself with the rest of your posts...

w: Oh no, you were a 1-minute walk away? ;_; Maybe it's a good thing you didn't know about SSS or else you would've eaten there too many times! Yeah! Look at the bright side!...[tumbleweed rolls by]. Well, next time you're in the neighborhood, also check out the recently opened Beurre and Sel in Essex Street Market for awesome cookies. :)

Gabi: Ah! I hope you try it soon. It's comforting stuff. I'm planning to make a huge batch of banana pudding this weekend, heehee (it's easy to make!).

I Live in a Frying Pan: Oh noes, I must admit I haven't stalked your blog in ages. WHAT A FOOL I AM! I must correct that soon. Anyhoo. Breakfast trifle! Wait that's a great idea! It can have oatmeal in it or something. YEAH, OATMEAL = BREAKFAST. I seriously want to make that happen. Also, someday I must share a cup of trifle with you. How do we make that happen? ;_;

Hey Roboppy. Great job! Thanks for ur recommendation for a such cozy cute sweet place. The Nog is awesome n I m looking forward to try the strawberry lemon trifle sooooon! Take care.

LOVE that banana pudding. I thought it was a tropical/Asia/South American thing. Love all your desserts, wish I were pregnant so I can eat without guilt.....:)

Monchacha J (oh god this is a late reply sorry) Glad you're also a Nog admirer!

Guava: You don't have to be pregnant to eat without guilt! That's the Robyn way! Sort of.