Has it really been a month since my last post? ....Uuuuggh. I'm sorry. I went on vacation to Norway for a week at the end of August, and not long after I returned my apartment was Internet-less for a week, and blah blah these excuses don't really matter, I'm just slow. 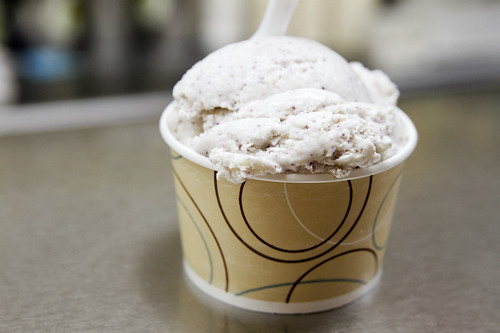 And yet more than two months after I ate a cup of taro and black sesame ice cream from Chinatown Ice Cream Factory, my brain is still mildly seething. (My brain has little to seethe about, apparently.) Because ice cream is supposed to fill you with euphoric joy, and yet CICF's ice cream filled me with disappointment accented by a smidge of controlled rage.

This camel's gurgling groan is a pretty good representation of the sound that forms in my head when I think of CICF's ice cream.

First, I was annoyed by myself. I stopped eating CICF's taro and black sesame ice cream two years ago when it gave me sad face; I should've known what was coming to me. But in order to write my recent love letter to taro ice cream on Serious Eats, I felt it was my responsibility to try CICF again to see if it had changed over the last 700+ days or so.

And then I was mostly annoyed by CICF, because the ice cream (well, those two flavors at least) tasted pretty much the same as it had two years ago: low on flavor, low on creaminess, low on smoothness—low on everything you most want in ice cream while still somehow being ice cream. I don't enjoy bashing a local independent food business, but I also don't want anyone to waste their time on sadness-inducing ice cream, especially from a business that doesn't seem to care enough to make it better. (Besides, CICF is so famous, I doubt a negative blog post would hurt them in any way.) 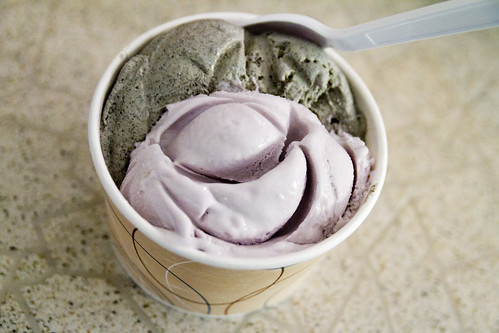 Black sesame and taro ice cream from Sundaes and Cones.

Thankfully, there's another Chinese-run (I'm assuming) ice cream shop that does give a crap: Sundaes and Cones. Although I wouldn't recommend all of their flavors, their taro and black sesame are awesome—far more creamy, dense, and flavorful than CICF's. Unlike CICF, Sundaes and Cones use real taro in their ice cream, in addition to powdered taro flavor (I called both shops to find out, mmk?), and it shows in the ice cream's flavor—something like a combo of nutty, sweet potato-ey, vanilla-y, starchy, and floral. 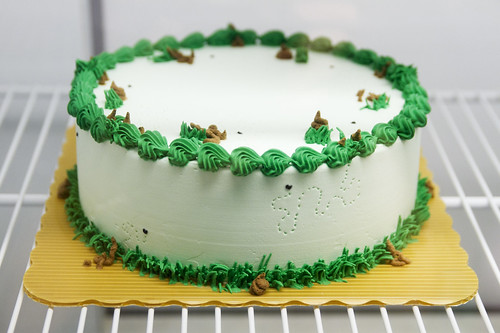 They've also made at least one ice cream cake adorned with piles of micro-turds and flittering flies. If that doesn't command your utmost loyalty and respect, then...[slowly extends left arm to point to the nearest door].

The detail with the flies sold it for me.

Kåre, Olivia: So glad you guys appreciate real craftsmanship when you see it. THIS IS WHY WE'RE FRRIIEEENNNDS!

oh man, my standards for ice cream are a lot lower. haha. i still like CICF even though Sundaes and cones is better.

and the turds need to be bigger on the cake.

Yeah, I gave up on Chinatown Ice Cream Factory years ago! The first time I tried them, I was so pissed that their taro and black sesame were so disappointing. I have moved on to Sundaes and Cones. As for black sesame, I love the soft serve at Mitsuwa supermarket. They have a roasted tea flavor that I have yet to try. Every time I go, its sold out.

Danny: HAHA, I mean, I wouldn't like throw a cup of CICF ice cream on the ground if someone gave it to me for freee...but I wouldn't wanna pay for it either. ;_; Bad taro ice cream makes Robyn grumpyyyy.

Winnie: OH MY GOD I LOVE MITSUWA'S BLACK SESAME SOFT SERVE. Looking through my archives, it seems that I've never properly featured it. A PROBLEM I MUST RECTIFY SOON. (I'm going to Mitsuwa today; I gotta try that roasted tea flavor!)

Have you tried the black sesame soft serve at Cafe Zaiya?

Humbucker: Nope...sounds like I need to get on that. I don't remember the last time I went to Cafe Zaiya. ;_; Thanks for the suggestion!

YAY for black sesame at Mitsuwa supermarket.
they have tiny cups in the freezer too(rock solid for some unknown reason) Love Sundaes and Cones blk sesame too.
ALSO Sadaharu's blk ses eclair is to die for.

I would throw THIS stuff on the ground..maybe a camel will come along :)

hehe funny to read, as usual. poop cake :) havent been to CICF yet, but not quite motivated after reading this...

Aiii, Robyn! I totally agree about CICF. I came from LA to try Chinatown Ice Cream Factory, and I had the black sesame and taro ones just like you did... super sad face disappointment. Like... I wanted a baby boy, and a baby girl popped out at birth kind of disappointment. Booo... =/

But I'm glad you found another supposedly Sino ice cream shop that is much better. Can't wait to try it next time I'm in NY!

Michael: Sorry you had to experience the sadness... :C Definitely try Sundaes and Cones next time!